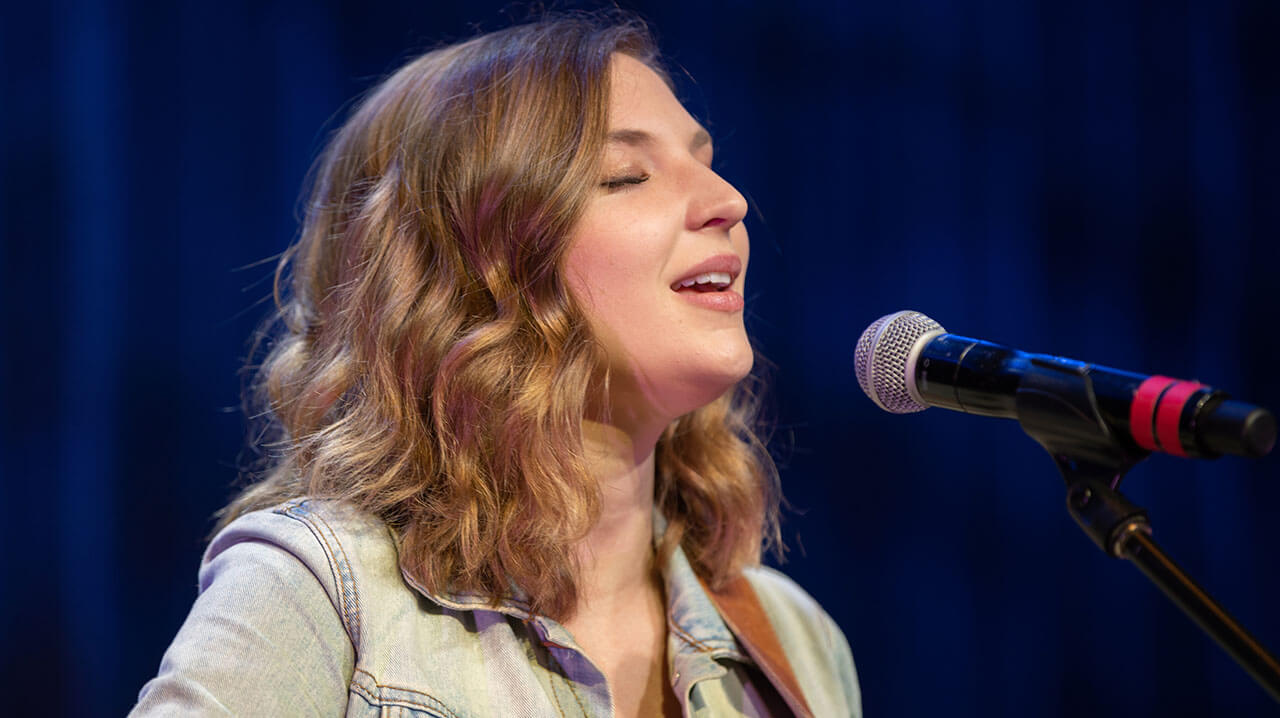 Lovett, 23, was one of six semi-finalists selected from 30 Path To Fame contestants at first-round auditions at WorkPlay in Birmingham on April 13.

During the final competition, Lovett performed “Dear John,” made popular by Taylor Swift. The performance garnered the judges’ attention, and Lovett returned to the stage and sang “You Can Have Me,” a song she wrote. She grew up singing in church and has been performing for the past three years. Her musical influencers span various genres.

While Lovett is no stranger to compliments on her vocal capabilities, it was the encouragement of her husband Hunter Lovett who convinced her to compete. “My husband told me that I could sing,” Lovett told the Path To Fame judges, a comment that resonated with Smoky Mountain Opry General Manager and Producer Michael Headla who replied, “Listen to your husband!”

While Lovett didn’t claim the grand prize, she did capture the attention of Nashville talent executive and Path To Fame professional mentor John Alexander, co-founder and CEO of BandTwango. “In addition to her stellar vocals and songwriting, Emma really connects with the audience, which is a real gift in the entertainment business.” Alexander discovered country stars Kelsea Ballerini and Patty Loveless, among others.