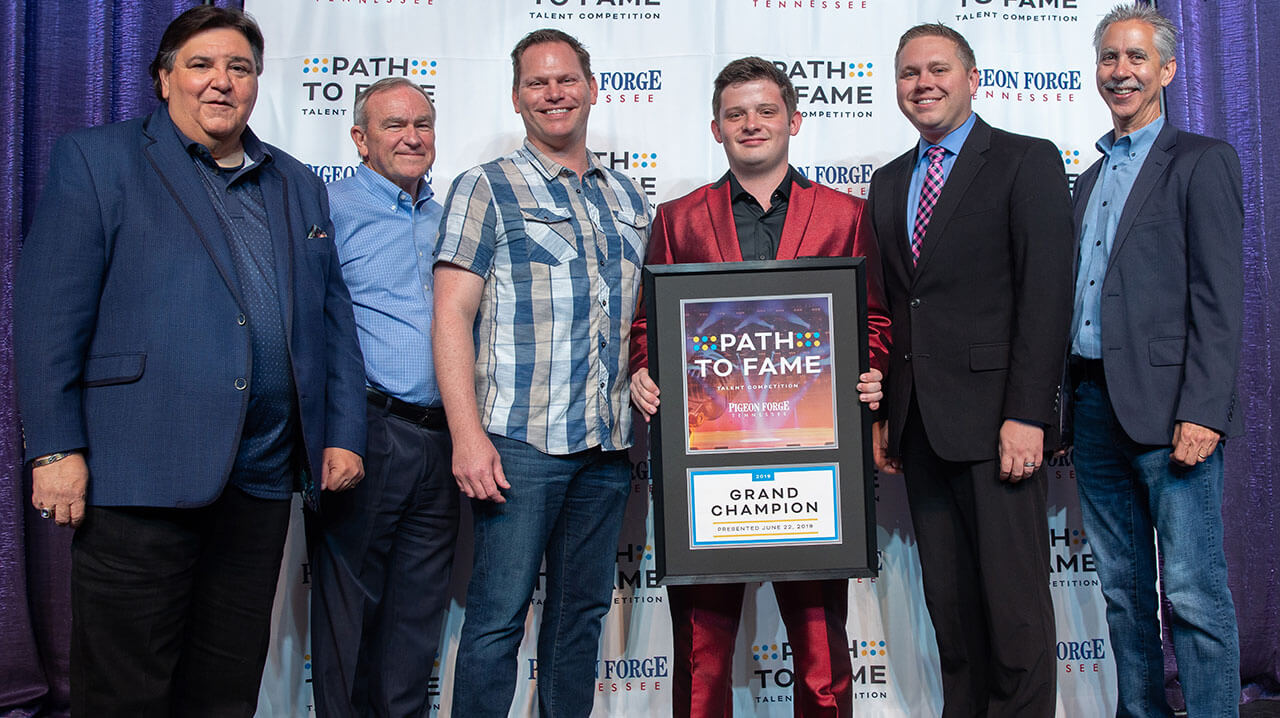 Thurman, 18, was one of four semi-finalists selected from 34 Path To Fame contestants at the Lyric Theatre in Lexington on March 30. He performed “Honesty” to earn his semi-finalist spot.

During the final competition, Thurman once again performed “Honesty,” a song made popular by Billy Joel. The performance garnered the judges’ attention, and Thurman returned to the stage to sing “How Many Kings.”

Thurman began singing four years ago in school and church. He performed the national anthem for the 2019 state basketball tournament and has sung at the Cathedral of St. John the Divine in New York City. He is a three-time (2016-18) participant in Belmont University’s vocal camp and has attended the GRAMMY/National Academy of Recording Arts and Sciences Music Camp, both in Nashville. His musical influences range from the Beatles and Glen Campbell to Aerosmith and Johnny Cash.

Thurman is a recent graduate of Franklin County High School in Frankfort, Kentucky. He will attend Belmont University this fall where he plans to major in commercial music.

Thurman immediately captured the attention of Nashville talent executive and Path To Fame professional mentor John Alexander, co-founder and CEO of BandTwango. “Grayson wowed us in Lexington with a spectacular version of the song ‘Honesty’, and he stepped up at the finals with a rendition that was even more powerful than before,” Alexander said. “I look forward to working with Grayson over the next year to help him realize his dreams and grow as a performer.” Alexander discovered country stars Kelsea Ballerini and Patty Loveless, among others.

As the Pigeon Forge Path To Fame talent competition grand champion, Thurman wins a year of monthly consultations with Alexander as well as a career consultation with country artist Carly Pearce. Professional photography and videography sessions, media training and introductions to other entertainment industry executives complete the grand prize package which includes tools to help Thurman advance his career.