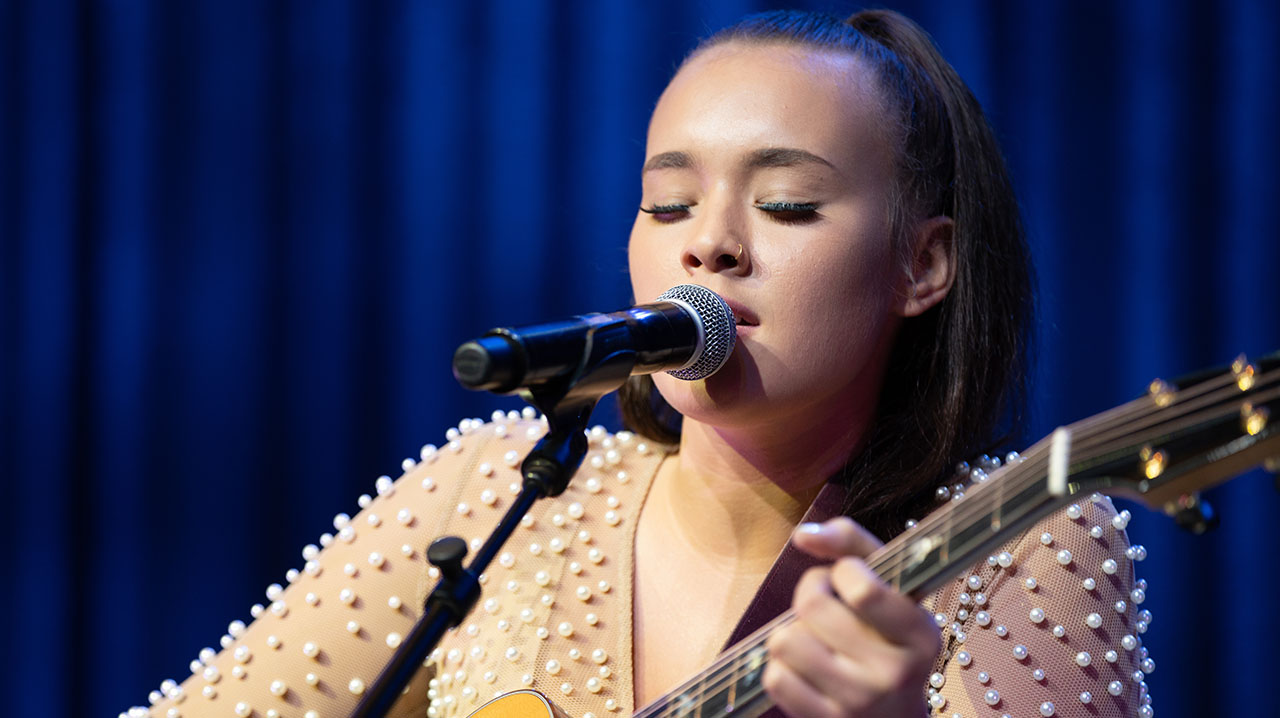 King, 20, was one of four semi-finalists selected from 24 Path To Fame contestants at first-round auditions at the Cabaret Theatre in downtown Indianapolis on March 23.

During the final competition, King performed “What Does She Have?,” a song she wrote. The performance garnered the judges’ attention, and King returned to the stage and sang “Crazy For You.” A singer for the past 11 years, King has performed at Kokomo-area festivals, concerts and events, including opening for artists David Cook, Sylvia and Tim Reynolds. Her musical influences are Norah Jones, Fiona Apple and Eva Cassidy, a fact that wasn’t wasted on the judges.

“It’s very easy to hear the comparisons between you and Norah Jones,” said Smoky Mountain Opry General Manager and Producer Michael Headla. “The control you have over your voice is really remarkable.”

While King didn’t claim the grand prize, she did capture the attention of Nashville talent executive and Path To Fame professional mentor John Alexander, co-founder and CEO of BandTwango. “After the competition, I learned that this isn’t the first talent competition that Kassey has entered, and her stage presence certainly demonstrates that. She’s a phenomenal talent in every way.” Alexander discovered country stars Kelsea Ballerini and Patty Loveless, among others.